Veronica has been called in from practice to see Head Cheer Coach Lake who had heard disturbing rumors about his star cheerleader. The reason for the meeting becomes clear when he tells her that he has verified disturbing rumors from other members of the squad… Veronica has been going through the football team, using them for her own selfish sexual needs. This has caused a rift between some players and disturbed the wellbeing of the team and the cheerleading squad.

So Coach Lake decides she needs a good old fashioned spanking, it’s how they deal with things at this school! Watch sexy Veronica take her position reluctantly over his lap as he spanks her hard over her panties and, of course, with them pulled down when she refuses to show any contrition for her behavior. Now Veronica starts to feel embarrassed when his hard hand smacks her bare bouncing cheeks further. However, the punishment is far from over as he places her in a position bent over, bottom out, on the sofa. This is for a final, mean 20 swats of leather from the school’s Reformatory Strap. Do not miss this film, featuring Veronica Weston, as one of our hottest cheerleaders to have ever been spanked. 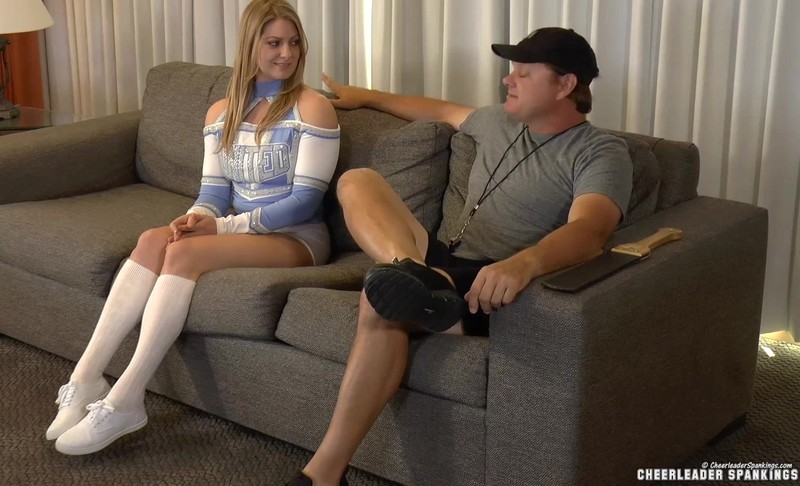 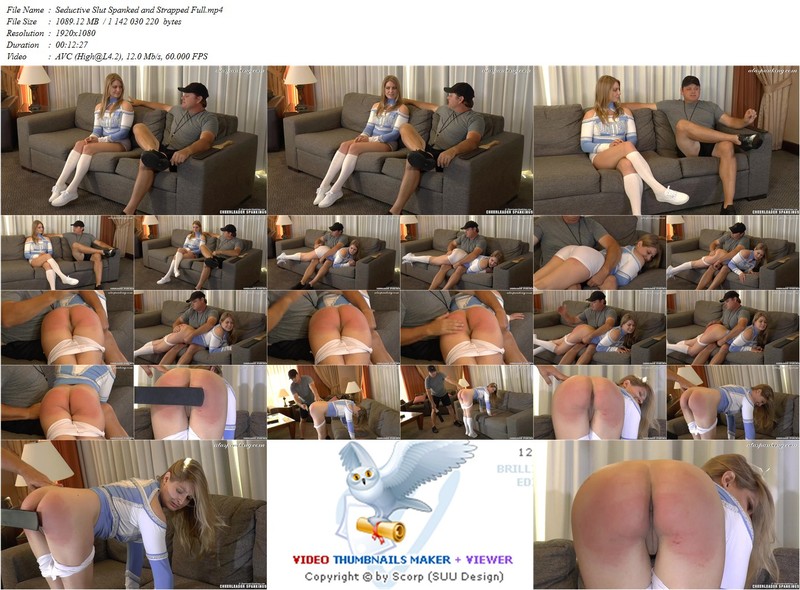